The History Of Windscreen Wipers

Windscreen wipers are an essential technology that, as motorists, we use quite often here in Britain. Perhaps we take them for granted at times, but these handy little blades keep us safe and sound from rain, snow, errant leaves and debris while clearing up our vision to see what’s on the road ahead.

Where did they come from? When were they invented and how has the technology progressed in the past century? Read our short and sweet little history of windscreen wipers below. 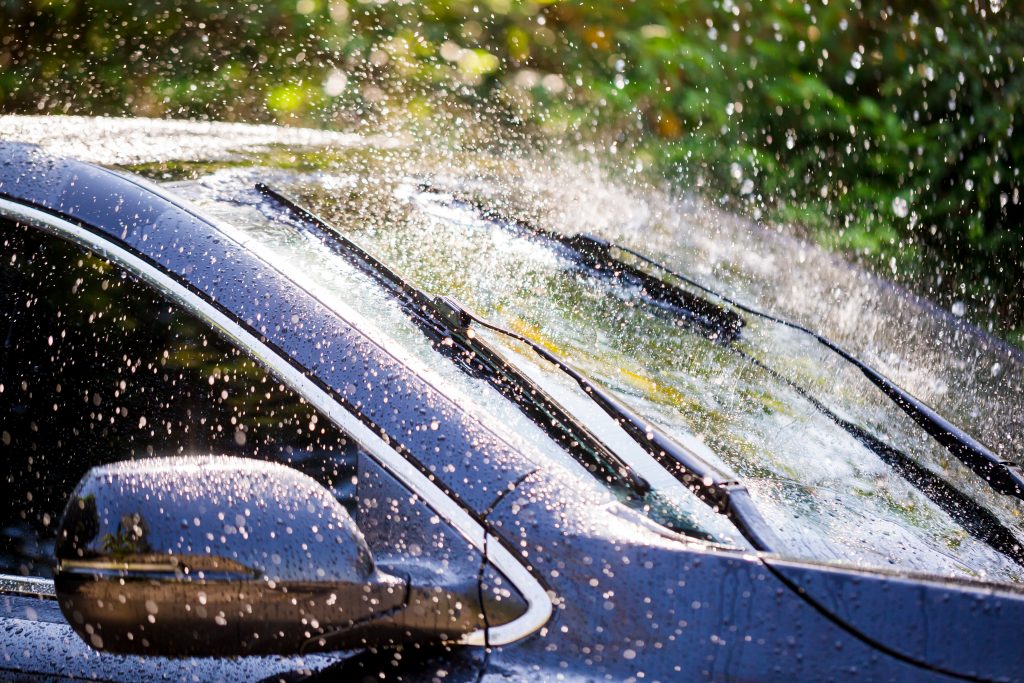 First things first, it’s important to note that the earliest automobiles, or horseless carriages, were mostly a ‘toy’ for well-off nobles and entrepreneurs in Britain. In the early 20th century in what is known as the Edwardian Era of automobile development, there was a tight competition between steam-powered, electric, and internal combustion engine technologies for the earliest automobiles.

One thing that all of these early self-propelled vehicles had in common was the lack of a windscreen. Instead, motorists and passengers wore goggles to protect themselves from the elements. In 1904, the first optional plate glass windscreens were equipped on vehicles, although this shatter-prone windowpane often proved more dangerous than the lack thereof.

Consequently, there was no need for a windscreen wiper on these early automobiles since windscreens were seldom used until the 1930s when shatter-resistant polyvinyl butyral (PVB) glass became the norm on vehicles.

Necessity is the mother of invention

Going back to the turn of the century and over to America, a winter’s sojourn in New York by Alabama real estate developer and rancher Mary Anderson lit the spark of inspiration and innovation that would transform how we drive.

On her visit to New York in the cold, snowy winter of 1902, Mary Anderson had travelled by trolley car during a significant fall of sleet and snow. She had noticed that the driver would continually halt the trolley in order to wipe away sleet with his hands. One can only imagine the inconvenience of such frequent stops, so her ingenuity helped her to see the problem and a corresponding solution.

“If only there were a way to wipe away rain, sleet, and snow from the inside of the vehicle,” she might have wondered. Upon returning to Alabama, Anderson hired a designer to help create a prototype of a hand-operated device to do just that – a windscreen wiper as we would know it today, albeit quite rudimentary in its design.

Unfortunately, her first attempt to patent this invention by a Montreal patent office was denied on the grounds that her technology provided “no commercial value.” A request to the United States Patent and Trademark Office was granted, however, in November 1903.

This may sound like she struck the iron whilst it was still hot, but unfortunately, she never saw profits from her invention and was too far ahead of her time. Herein lies the problem: automobiles, as mentioned above, were quite rare until the 1920s and beyond. Automobiles seldom came equipped with windscreens, and those that came with windscreens as standard equipment would not appear until 1922 with Cadillac. Her 17-year patent had already expired by that time.

The earliest windscreen wipers using Mary Anderson’s invention were manual, hand-operated. By the 1920s, automatic windscreen wipers had become patented and the norm in America. These wipers were also widespread in Britain and Europe.

While the ability to keep the windscreen clean and clear of obstructions to visibility proved useful, still other inventors identified problems and solutions to these new inventions. One such problem was that the original windscreen wipers ‘blinked’ on a constant interval. This may not seem like a big deal, but some clever inventors believed that better interval timing that matched the human eye’s blinking would be better and less distracting.

Original patents were filed by British inventors in the 1920s, but the technology would not see widespread adoption until 1963. Wayne State University engineering professor Robert Kearns filed patent 3,351,836 in 1964 for a “Windshield wiper system with intermittent operation.” His technology would be used on millions of vehicles and is now the standard for virtually all vehicles around the world.

If the case of Mary Anderson not receiving any profits from her invention was unfortunate, what happened to Kearns over the course of his life is truly tragic. As a well-known professor of engineering based in Detroit, Kearns had close contacts within the Ford Motor Company who were interested in his invention.

Kearns demonstrated his invention to engineers at Ford with a mutual (or so he believed) understanding that they would incorporate his patented invention. Ford later developed a similar technology “on their own,” or so they claimed, and turned down any offers made to Kearns. This led to full-on David vs Goliath litigation in the Federal Circuit.

The legal battles between Kearns and Ford Motor Company dragged on for decades, eventually leading to the deterioration of his physical and mental health as well as ruining his relationship with his wife and children. The tragic story of Kearns was told in the 2008 film Flash of Genius starring Greg Kinnear playing Robert Kearns.

Today, most automobiles in the UK are equipped with standard or optional rain-sensing windscreen wipers. As vehicles become more and more ‘smart’ and digitised, rain sensors are increasingly being integrated into modern car windscreens that enable the windscreen wipers to operate upon detecting rainfall, without the driver’s intervention.

Some cars use ‘hidden wipers’ that conceal the wipers underneath the rear of the bonnet, which enhances the aesthetics and lowers wind resistance whilst also keeping the blades secure when not in operation.

Windscreen and windscreen wipers have come a long way since the early 1900s, but the need for quality repairs and replacement services has only gone up as more and more people are driving than ever before.

For quick, affordable, and high-quality automotive glazing services in the UK, look no further than the proud, independent glaziers found right here on myWindscreen.