Since 1974, automotive giant Volkswagen has produced over 30 million Volkswagen Golf cars in its over seven generations, with each iteration coming with features and improvements over its predecessors. As of 2020, the ever-popular Volkswagen Golf is known as the Golf 8.

This little compact family car was originally a successor to the flagship Beetle but has since evolved to become a favourite amongst owners, being one of only three cars to have won the prestigious European Car of the Year twice.

Proud Golf owners should give their trusty little cars the love and attention they deserve, which includes quick and efficient windscreen repair and windscreen replacement services from reputable automotive glaziers found here on myWindscreen.

Interesting facts about the Volkswagen Golf

The Volkswagen Golf is one of the top three best-selling car models in the world, with sales figures remaining consistently high. From 1999 to 2021, sales have gradually decreased in Europe from around 700,000 units sold to just over 210,000 in 2021.

One possible reason for the lower sales may be attributed to the 2015 emissions scandal whereby several Volkswagen Golf models had passed emissions tests but in reality, produced up to 40 times more emissions.

Since essentially the beginning of the model’s production in the 1970s, Volkswagen has been producing electric versions, although with much less success and far fewer in number in those previous decades. Newer models such as the 2014 Volkswagen Golf GTE have seen tremendous success in markets such as France, where it became the most popular plug-in hybrid vehicle. This success was echoed in the rest of Europe, where the Golf GTE only trailed behind the Mitsubishi Outlander P-HEV in sales.

The Golf 8 is currently available in the following trims: Life, Active, Style, R-Line, GTE, GTI, GTD, R, and GTI Clubsport. These models come in petrol, diesel, compressed natural gas, or plug-in hybrid technology in the case of the GTE.

New Volkswagen Golf models come with Driver Assistance functionality such as Adaptive Cruise Control and Park Assist, which means that any replacement windscreens should be fully compatible and calibrated properly for ADAS functionality.

Finding an OEM or high-quality aftermarket Volkswagen windscreen isn’t so much of a problem due to their popularity, but getting it fitted properly for your own safety and security is of the utmost importance. That’s why the glaziers on myWindscreen tend to have years and often decades of experience and the skills and components necessary to fit your new piece of glass or replacement windscreen professionally and at affordable prices.

No matter whether you’re driving an older Golf or a newer Golf 8 in the UK, it’s imperative that you have your windscreen and side and rear glass tended to by skilled auto glaziers. Use myWindscreen today and find nearby auto glaziers in the UK. 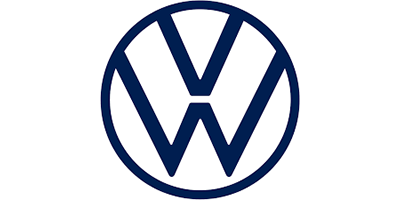