The quintessentially British Mini Cooper remains one of, if not the most popular cars in the UK over its long history dating back to 1959. The classic Mini Cooper has won numerous awards in the UK and abroad over the decades, but it has also drawn some criticisms as well.

Interesting facts about the Mini Cooper

First and foremost, the naming convention of Mini’s recent lines can appear confusing. The 2022 BMW Mini line includes six models, each with various types of performance. The 3-door and 5-door hatch can be either Cooper or Cooper S in performance, as can the Clubman and Convertible models. The Countryman can be equipped with either Cooper, Cooper S, Cooper All4, or as John Cooper Works (JCW). The new Mini Electric is equipped with Cooper SE (electric) performance.

In essence, Cooper denotes the performance of the line and takes its name from legendary racing driver John Cooper and his father Charles Cooper.

Colloquially, most people recognise the early (pre-2000) Mark I-VII Minis as the classic Mini Cooper, although over a dozen other nicknames existed for the same line of cars. Today, the 3-door and 5-door hatch models are the successors and known as Mini Coopers.

The Mini Cooper, in all of its current variants, ranked second in February 2022 for new vehicle registrations in the UK and third place over the year to date.

Whether you drive a Classic Mini Cooper or one of the sleek new BMW Mini models, you’re driving around one of the world’s most iconic vehicles (perhaps after the Ford Model T, of course). It stands to reason that you shouldn’t settle for second-best when it comes to getting high-quality, affordable windscreen repair and windscreen replacement services for your Mini Cooper.

Most Mini Coopers have tall windscreens as part of the signature look and design, so errant debris from the street or motorway can quite easily lead to stone chips, cracks, or even shattered glass. Consequently, Mini Cooper windscreens are amongst the most popularly requested by automotive glaziers so finding a high-quality replacement windscreen shouldn’t be a problem.

Finding a reputable automotive glazier should be a simple, straightforward process. That’s why we recommend that you use myWindscreen today to find nearby auto glaziers that can keep your beloved Mini Cooper’s glass looking great for years to come. 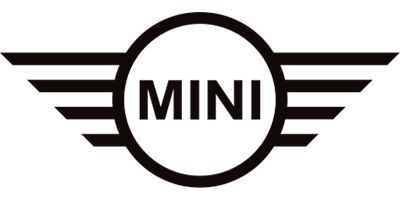