If Ford is known as the company that launched the popularisation of private automobile ownership and assembly line manufacturing in America and worldwide, then Toyota certainly deserves honours for its modernisation of assembly line and delivery practices and production quality control. The manufacturing giant from Japan has boomed since the 1970s to become an immense success, including here in Britain with the Toyota Corolla and Yaris models.

Toyota’s overall automobile build quality and reliability are generally well-reputed, provided that the vehicle is routinely serviced and maintained. If you’ve found your Toyota’s windscreen or side or rear glass chipped, cracked, or shattered, it’s important to remedy the situation as soon as possible for your own safety. myWindscreen is your number one choice for finding quality automotive glaziers in the UK.

New Toyota models sold in the UK come with various modern technologies such as Lane Trace Assist and Pre-Collision Systems to assist drivers. These systems are convenient and helpful for safety and security, but they also require that the windscreen be properly calibrated. myWindscreen members in the UK that provide ADAS calibration services can ensure that any replacement windscreen for your Toyota vehicle is properly fitted and calibrated.

When it comes to windscreen replacement for Toyota vehicles, choices abound and selecting the right glass for your vehicle can be fairly complex. Not only are there dozens upon dozens of new Toyota models, many with different specifications for glass and windscreens. Moreover, older models also have so much variation that it’s imperative you work with an automotive glazier that sources high-quality aftermarket or OEM Toyota glass.

Toyota automotive glass such as windscreens and side and rear glass tend to be made by well-known international brands such as PPG and Carlite, but always ensure that the automotive glazier you’re working with is reputable and fits the glass properly. With myWindscreen, you can rest assured that each and every member partner is vetted and approved for quality services and competitive prices for windscreen repair and windscreen replacement services in the UK. 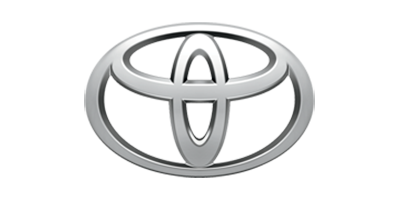 Toyota is a Japanese-based automobile manufacturer headquartered in Aichi, Japan. Founded in 1937 by Kiichirō Toyoda, the company is today the largest automobile manufacturer in the world with numerous accolades to its name, such as producing the all-time best-selling vehicle worldwide, the Toyota Corolla. Over 50 million Corollas have been sold worldwide as of 2021.

The company’s success was largely driven by the overwhelming success of their fuel-efficient economy cars in the 1960s-1980s and into the Japanese economic miracle period, as well as with lean manufacturing practices, just-in-time production, and kaizen principles.

Toyota offers a wide range of cars, SUVs, and pickup truck models such as the Yaris, Corolla, Camry, RAV4, and Highlander.